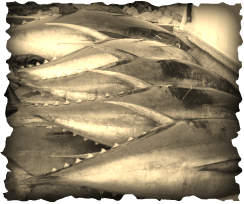 The FishACT project was NFRDI initiative to assess the potential impact of climate change to fisheries. During the time of project gestation, majority of Climate Change (CC) advances are focused on agriculture. Only fairly recently that publication on CC vulnerability assessment tools on coastal integrity and fisheries was made available. The project aims to build on existing and recent CC researches. It intends to rationalize limited public research fund through strategic adoption of current CC advances and finding/filling a niche in the National Framework Strategy on Climate Change.
Currently, the project was headed by Mudjekeewis D. Santos, Ph.D., and research assistant Melchor R. Jacinto.
The project aims to address the effect of CC to the fisheries sector by establishing a platform for effective data collection, planning, and instituting adaptive and mitigation measures.

Climate change (CC) is a threat to human life, society's way of life, biodiversity, economy and food security. The Philippine development and progress is critically hinged to our preparedness with emerging effects of CC. As an example, the fisheries sector, which has consistently contributed to the country's economy, is expected to be affected by storms, severe rainfall and flooding. Specifically, the impacts on fisheries are due to a variety of direct and indirect effects of a number of physical and chemical factors, which include temperature, winds, vertical mixing, salinity, oxygen, pH and others (Brander 2010). Direct effects act on the aquatic organism's physiology, development rates, reproduction, behavior and survival of individuals (Brander 2010). Indirect effects act via ecosystem processes and changes in the production of food or abundance of competitors, predators and pathogens. Adaption and mitigation plan must be established and implemented.
On the socio-economic perspective, the coastal areas are home to the marginal sector in the country. Almost all coastal communities depend largely on the coastal resources for their livelihood. Unfortunately, these sectors were predicted also to be highly vulnerable to CC impacts such as sea level rise and prevalence of strong storms.
The Bureau of Fisheries and Aquatic Resources and its Regional Offices, Centers and the Institute have already collected vital information on fisheries and aquaculture industry. These baseline data contains pertinent information on geographical feature of the region, extent of fisheries and aquaculture operation, production rates and demographic profile of fisheries stakeholders.
On the other hand, government agencies has developed and established database useful for CC vulnerability assessment. Available from DOST-PAGASA are data on rainfall, storm and other important biophysical feature for every political region. Premiere academic institutions of the country had started to assess the impact of CC on food security, biodiversity and society, although at a limited scope, Moreover, international agencies has online database where historical, current and future climate related information/models could be accessed.
Finally, the country through the Climate Change Act of 2009, recognizes the potential dangerous consequences of CC such as rising seas, changing landscapes, increasing frequency and severity of floods and storm, damage to ecosystems and biodiversity loss that will affect the country's environment and economy. The fisheries sector, similar to agriculture, is highly vulnerable to CC hence the need to: